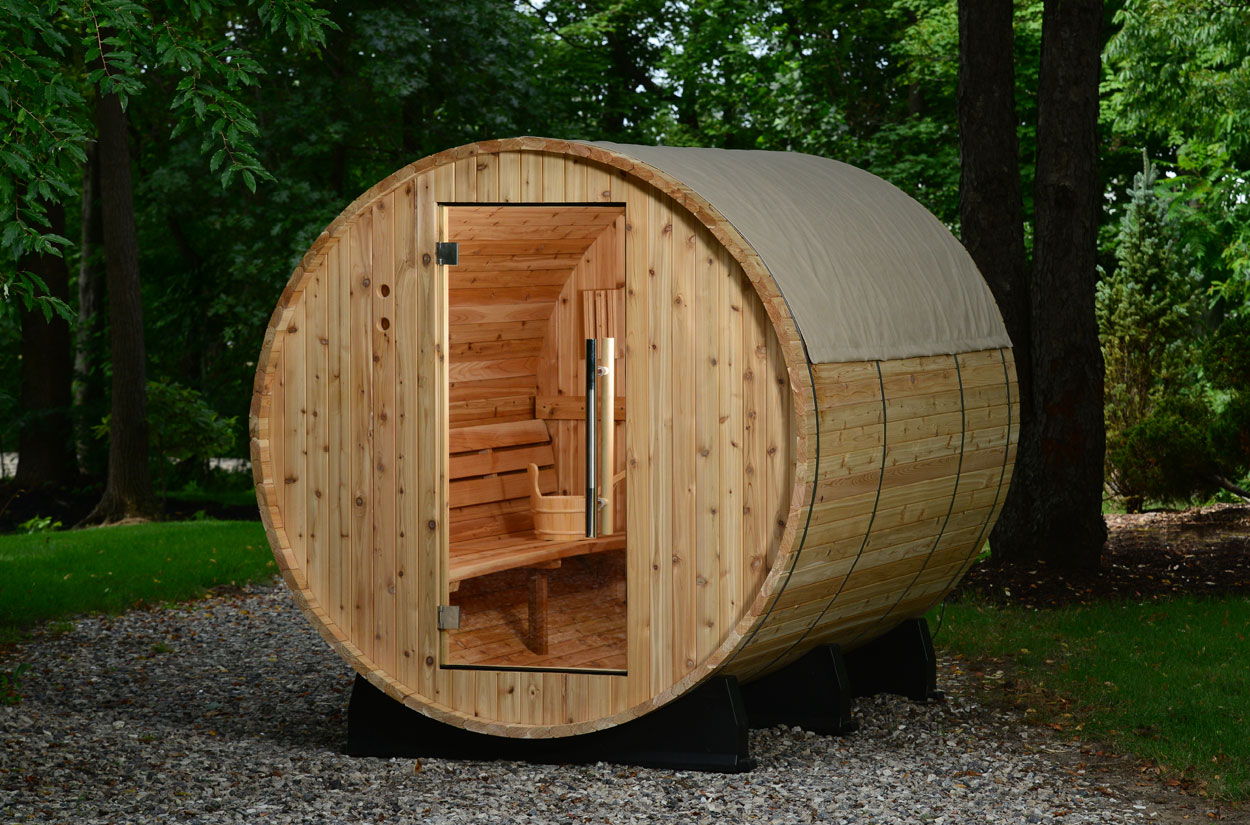 The Magic of Sweating & Saunas with William Randall

Today, we chat with William Randall from SaunasUSA.com about the magic of sweating, Lakota sweat lodges, the power of rituals, a deep dive into the world of saunas (heat shock proteins, infrared vs. traditional, health benefits, costs, maintenance), and much more.

I grew up and was a sprinter up until High School, where I began to play tennis.

At University of Illinois I played intramural sports as well as club Rugby for the University.

After moving to San Diego I was introduced to distance running and ran with some of the best runners in the US and reached the top 5-10 over 40 runners in the US. I was on two National Master’s Cross country teams that won overall. Best times were 15:10 in the 5K, 32 minute 10K and 70 minute half marathon. Around 44 years old I developed issues with my left calcaneus which limited my training and competing.

I then switched to cycling and after ten years had a serious bike incident where I broke three ribs, punctured a lung which partially collapsed. I then decided to take up stand up paddle boarding in 2009.

I paddled recreationally for a year and then got into racing and was one of the top over 60 year old paddle boarders in the US for a couple years. One physical result is that I think from all the internal rotation of my shoulders I developed some structural issues with my left shoulder which is much weaker than my right and I think I know some of the reasons for this.

Over the last 5 months I have been paddling much less but walking and running at bit daily and now averaging 10-12 miles a day(if I warm up properly with a mile or so of walking I can throw short sprints and running intervals in without any issues) though I sometimes have some knee discomfort but simply backdown and the issues largely subside.

For the last few years I have done a number of F45 interval HIIT workouts both strength and cardio, though I’ve always been more of a cardio guy. Have hit 184 bpm and 54 pushups in one minute as recently as late 2019.

At this point in time I need to reengage my core and upper body which has been largely neglected since February. My goal is to create a multi-faceted training regimen going forward in order to remain structurally sound and strong as I move through my 60’s and 70’s and beyond. Hopefully with your help I can develop such a program and adhere to it without injuring myself. The struggle with age is that your mind remains strong while your body loses some of its resiliency.

Check out our Saunas
Saunas USA