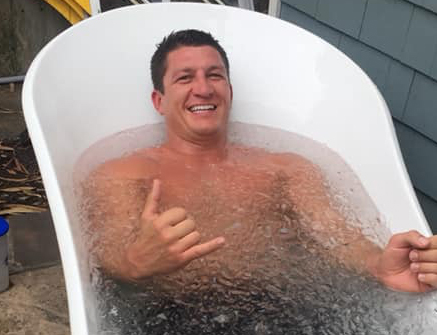 What do Heat Shock and Cold Shock Proteins do for your Body?

The body is an incredibly complex machine. Even before you think closely about something like cell division, it’s evident how many systems must work in concert for our bodies to function. Unfortunately, we don’t have an owner’s manual to the human body to tell us all the fine details. Figuring out the best way how to take care of ourselves is down to scientific and medical research. This empirical study into our bodies frequently contributes to the unlocking of more secrets about what goes on inside of us. For example, did you know that exposing your body to elevated temperatures or extreme cold can actually be very beneficial?

Developments in contemporary research, including in-depth reports by Dr Rhonda Patrick, indicate that may be the case. Substances in our bodies called “heat shock” and “cold shock” proteins reveal these potential new benefits. These are “specialist” proteins which perform a variety of specific, targeted functions in the body. How could you take advantage of them in your daily life, and what do they do for you? First, let’s take a closer look at what the research uncovered about their origin. It turns out the body may have more regenerative ability than we previously thought.

WHAT EXACTLY ARE THESE SPECIAL PROTEINS ?

You probably know proteins are essential for things like building muscle. They’re also important for regulating several other normal body functions. Amino acids can combine to create many different types of proteins which are found all over your body. These proteins handle basic functions like “communicating” signals which coordinate the processes of the organs. They can also drive the chemical reactions that power cells and act as antibodies in the immune system. As scientists uncovered recently, though, there also some unique proteins the body only expresses in more extreme conditions.

As one might expect, “cold shock” proteins appear when the body experiences a sudden decrease in its core temperature. Similarly, “heat shock” proteins go to work when the body enters a state of hyperthermia or elevated temperature. It’s important to note that cold shock proteins appear without the need to induce hypothermia, though this is sometimes done in medically expedient situations.

Many of these proteins are always present in the body. However, experiencing extreme temperatures create a substantial spike in their levels. Why is that? In short, these proteins work to protect the body against excessive stresses in extraordinary situations. When the brain senses that we’re entering one of those situations, shock protein production kicks into a higher gear as a protective measure.

WHAT DO COLD SHOCK PROTEINS DO ?

Some research done in rodents bears this out with evidence. In these studies, mice afflicted with an Alzheimer’s-like disease experienced extreme levels of cold in the early stages of the disease. The result was a massive production of cold shock proteins, specifically one known as RBM3, which then slowed the disease’s progression. The protein acted as a mechanism which protected and shielded important nerves in the brain from the degenerative damage that characterises Alzheimer’s disease. Though more research is necessary, these are promising results which may have long-term applications. They also have more immediate benefits in humans when we deliberately try to increase our shock protein levels.

For example, they may be able to boost endurance to colder temperatures. Daredevil Wim Hof, for instance, believes that there are big immune benefits to cold exposure as a result of norepinephrine secretion. Since we already know that proteins are essential in the immune function of the body, there is plenty of evidence to back up these findings. In fact, these benefits link up with similar research conducted by Dr Patrick. Wim Hof’s consistent and repeated personal trials enabled him to smash world records for endurance in ice and cold temperatures, sometimes sitting for hours in ice baths. While you may not be spending hours on your own record attempt anytime soon, there are ways to gain some of these benefits yourself. First, though, what about heat shock proteins?

THE BENEFITS OF HEAT SHOCK PROTEINS

When the body enters hyperthermia, such as during a period of strenuous exercise, something similar yet different happens. Heat shock proteins, also known as HSPs, already exist naturally in our cells. However, when our body temperature rises or our muscles are constantly working, a flood of HSPs arrives in our cells. The research on what these proteins do reveals that they contribute to an astonishingly large part of the proper function of our muscles. Not only do heat shock proteins help muscles cope during exercise, but they also aid in the “repair and rebuild” process that results in stronger muscles with greater mass. In other words, for those looking to bulk up or gain strength, HSPs should be your best friend!

What’s happening in our bodies to make HSPs so useful? Research shows that these proteins primarily act as “guards” that keep watch over your muscles. When fibres sustain damage during exercise, HSPs direct the appropriate types of amino acids to the trauma sites. These acids contribute to the formation of new muscle proteins, which in turn mean the entire muscle improves. Most athletes are already familiar with the concept of the recovery period, the time one must spend waiting for muscles to heal after exercise. Heat shock proteins may play a critical role in reducing recovery time and boosting muscle development.

At the same time, HSPs ensure that these newly-forming muscle fibres take the right shape. Proteins “fold” themselves during assembly as amino acids link up to form complex chains. Any errors in this folding process can create many problems. Though the body is good at folding proteins, errors can and do happen. However, heat shock proteins act as a template or guide to ensure new proteins form in the correct shape.

HOW CAN YOU TAP INTO THESE BENEFITS ?

When triggering an increase in cold shock proteins is your goal, you can try everything from simple cold showers to liquid nitrogen based cryotherapy. The amount of CSPs your body produces may depend on how low your body temperature goes, which means different methods may achieve different results. For example, cryotherapy’s nitrogen chambers can get down to below a bone-chilling -100°C.

Participants only spend a few minutes in this chamber before exiting and warming back to normal. Just those few minutes, though, can create pain relief for arthritis sufferers and athletes with sore muscles alike. While it won’t knock your recovery period down to zero, some do report that they feel stronger after cryotherapy.

While it might take you time to “warm up” to the process, it’s worthwhile for accessing the immune benefits noticed by both Wim Hof and Dr Rhonda Patrick. After a tough workout and the end of your cool-down period, try taking a cold shower for a rejuvenating shock to your system. You can experience some of the same benefits without the need to travel far and wide to find a cryotherapy system. Remember to discuss the process with your doctor, though!

Benefiting from HSPs is a little easier than jumping into a nitrogen chamber! Regular exercise which elevates your heart rate along with strength training is enough to raise your body’s levels of beneficial HSPs on its own. High-intensity exercises that really raise your heart rate, such as interval training, can be a useful method for stimulating their production.

However, you can take it a step further for more regular benefits. Many athletes already know the many benefits of the sauna, spending time in saunas post-workout. Sweating in the sauna will raise your body temperature to a level that also stimulates the expression of HSPs. Your body will think it’s experiencing stress due to the heat and produce more HSPs in response. With most gyms featuring a sauna now, it’s a simple matter to take advantage of your body’s natural ability to repair itself.

The regularity with which you can take advantage of the sauna is also a benefit. You may not always want to take a cold shower, and cryotherapy can certainly be a luxury. However, you can spend time in a sauna several times a week without ill effect. One may even enjoy other health perks from your sauna visit.

Whether you choose to start visiting a sauna regularly or you take more of an interest in harnessing cold shock proteins, this is an exciting area of research to follow. Watching someone like Wim Hof stay submerged in ice for hours at a time certainly makes one wonder about the body’s real limits. What else does our body already do that we don’t yet understand? For those focusing on their fitness, working to harness the power of shock proteins is a worthwhile endeavour. As more becomes known about these incredible microscopic powerhouses, the processes to harness that power will only improve. Keep a close watch on developments in this area of research.